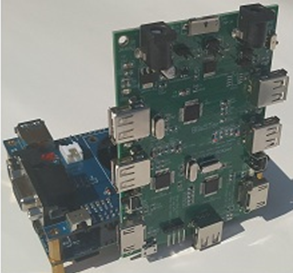 The new BlisSTer firmware 3.23 is a bit of an experience for anyone that likes to get in to what the BlisSTer has to offer. Special thx to Discord user twotone8 for his extensive beta testing.

This firmware has been rock solid and many of the well known skeptics are giving it the seal of approval.

”
I’ve been using an OEM NES controller via BlisSTer for the past week on the SMS, NES, Genesis and Turbografx cores, and its been an awesome experience. I tried SNAC on NES with it also and I cant tell any difference. It’s just a super-snappy little controller. Rebinding has worked in all cores i tried it in, and best of all no jank unexpected stuff has occurred. That speaks to how well the new firmware is working I would say, that things are as seamless feeling as they are now. Thanks for the improvements over the past year. Great work
“

Looks like we are ready to close BlisSter as a final build and leave it open to suggestions and new features. Its a must have for any BlisSter users.

Here is what is new.

• Added a new alt. mapping for diamond pads with l and r to match 6 button layouts.

• Famicon and 5200 autopause is now working.

• New back up binding states for in and out of LLAPI modes.

• Added the home button to m30 controller. Request by user.

• Moved all features to a global timer (features are now 2 seconds to avoid some native controller options (i.e. m30 8BitDo) ).

• Turbo mode is now a bit improved. the fast turbo (default is about 30 ms). the custom turbo matches the value in the API tool. 1-255, where the number represent milliseconds from one shot to the next.